PROTECTING YOU & YOUR FAMILY! 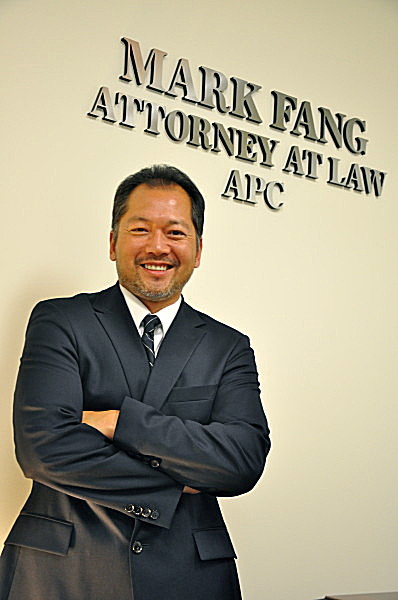 Mark Fang, Attorney At Law, APC, is located in both Los Angeles and Ventura Counties. The law firm specializes in business and employment litigation.  Mr. Fang earned his B.A. degree from the University of California, Santa Barbara. He worked full time through law school, and acquired his Juris Doctorate degree in 1998 from Ventura College of Law, where he was the recipient of multiple American Jurisprudence Awards for scholastic excellence.

Mr. Fang has been a member of the California state bar since 1998.  He is licensed to practice before all California State Courts , all  Federal District Courts in the state, as well as the United States Tax Court on behalf of tax payers.

He has served as a Director of the Board for the Ventura County Bar Association (VCBA.org), and the Ventura County Asian American Bar Association (VCAABA.org). He is a former President and a current Director of VCAABA.  Fluent in Mandarin Chinese, Mr. Fang successfully caters to the unique needs of Asian American clients in the community, and businesses with a presence in the Pacific Rim.

In 2011, this firm obtained a record eight figure recovery (29 million dollars) on behalf of 1,300 clients who were deprived of overtime pay, meal and rest breaks, who were  improperly classified as exempt employees by their employer, a major California utility company.

In 2014, this firm obtained another eight figure judgment (16 million dollars) in favor of a Pacific Rim business client, who shipped and delivered goods but did not get paid. Over 11 million dollars have been actually collected to date.

In 2018, this firm filed an employment class action matter on behalf of hundreds of employees against a popular restaurant chain.  Despite the defendants' efforts to file a questionable no-asset bankruptcy petition, the matter reached resolution in 2021 for the amount of $4.6 million dollars.

In October 2022, this firm obtained a settlement on behalf of three employee representatives in the amount of $625,000 dollars for labor law violations.

In the past 24 years, this firm has maintained its core belief of "equal justice for all" by representing those in need, and with impeded access to the justice system.

*City of Industry office by appointments only.